It was January 2015 when developers of the Lancaster Marriott at Penn Square proposed adding a second tower to their 300-room hotel.

Two reports had warned that a shortage of rooms within walking distance was impacting business at the adjacent Lancaster County Convention Center.

Adding capacity, they advised, would allow the complex to attract more large events and retain ones that might otherwise outgrow it.

Now, 4 1/2 years later, the finishing touches are being put on the $39.4 million project. Read more 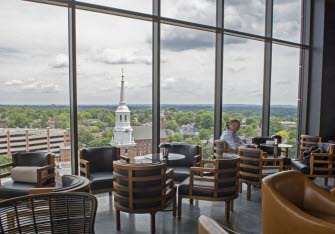 Windows line the east side of The Exchange (Blaine Shahan/LNP)